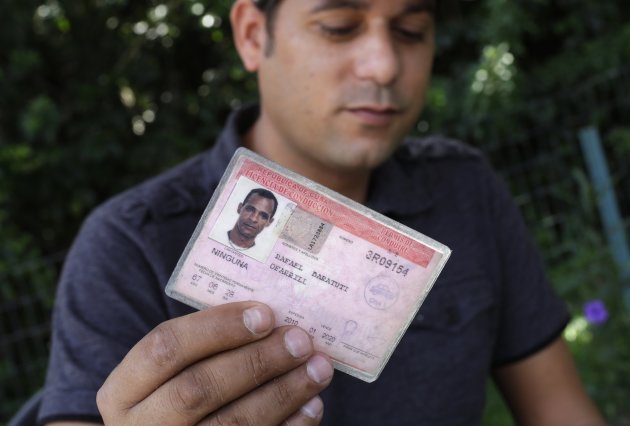 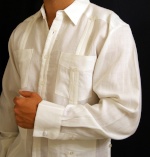 Cuban migrants drank own blood, urine, a drift at sea for 23 days

MIAMI (Reuters) - A group of Cuban migrants drank their own urine and blood after the engine of their homemade boat failed, leaving them adrift in the Caribbean for three weeks without food or water, according to survivors who reached the United States this week.

"I'm happy I made it, alive, but it was something no-one should have to go through," said Alain Izquierdo, a Havana butcher, and one of 15 survivors of the 32 passengers.

Six passengers are missing after they tried to swim to shore, while 11 others died of dehydration.

"I just feel sad for those who didn't make it," said Izquierdo, sitting under a sun shade by the pool of his uncle and aunt's home in Port St Lucie, on Florida's east coast.

The survivors were rescued by Mexican fishermen 150 miles (240 km) northeast of Mexico's Yucatan peninsula and were briefly detained in Mexico before being released late last month.

Their story is one of the most tragic Cuban migrant disasters in decades. Reuters spoke to several of the passengers and their relatives in Florida and Texas, although some were still too traumatized to talk publicly about the experience.

Cubans seeking to flee the communist-run island are heading in increasing numbers by sea to Central America and then making a long journey overland to reach the United States.


Under Washington's "wet foot, dry foot policy," Cuban migrants who make it onto U.S. soil are allowed to remain, while those intercepted at sea are turned back.

The group set off from eastern Cuba in early August, but ran into trouble about 40 miles from the Cayman Islands when the boat's motor - a Hyundai diesel car engine, attached to a homemade propeller - failed on the second day at sea, said Izquierdo, 32.

The 20-foot, home-made craft, made from aluminum roofing sheets riveted together and sealed with cloth and resin, drifted up the Cuban coast as the passengers tried to flag down passing ships.

"No-one stopped even though they could see we were desperate," said Mailin Perez, 30, another survivor recovering in Austin, Texas.

The passengers heaved the engine overboard to reduce weight and fashioned a makeshift sail from sheets sewn together with cord.

Six of the men decided to swim for the Cuban coast clinging to inner tubes, but have not been heard from since.

Brief rain showers every three or four days provided the only water, rationed out in doses by medical syringes. One woman who was six months pregnant received extra rations.


One by one, 11 passengers died. Their bodies, lips swollen, were slid overboard, and floated off into the distance, a sight that one survivor said haunts her in nightmares.

"That was the saddest day," said Izquierdo.

After running out of water, some passengers began drinking sea water, as well as their own urine. O'Farrill was one of several who also used syringes to draw their own blood to drink.

"That was a mistake, the ones who drank their blood became faint. Gradually they lost their minds and faded away," said Izquierdo.

O'Farrill and Izquierdo had quit their jobs in Havana six months earlier after hearing that boats were leaving for Central America from the port town of Manzanillo, in eastern Cuba.

The U.S. Coast Guard had virtually shut down the shorter routes across the treacherous Florida Straits, which separates Cuba and Florida by only 90 miles at its narrowest point.


After Honduras' leftist president Manuel Zelaya, an ally of Cuba, was toppled in 2009 and replaced by a conservative, the longer western route became popular, a trip of about 675 miles, via the Cayman Islands.

Honduran authorities give Cuban migrants temporary visas allowing them to head north for the United States.

Most boats withstand the journey, taking a week to 10 days to cross the sea, said Izquierdo, who paid $500 to join the ill-fated voyage.

"Boats are leaving Manzanillo every week and most of them make it," said Izquierdo.

U.S. authorities said last month more than 16,200 Cubans arrived without visas at the border with Mexico in the past 11 months, the highest number in a decade.

Cuban officials have not commented on the illegal boat departures, but blame the U.S. policy for encouraging migrants to risk their lives.

Izquierdo and Perez said they abandoned Cuba for economic reasons to find a better future for their children. Izquierdo left behind his wife and two small boys in Havana. Perez was reunited with her husband in Texas, but also has a young son and daughter in Cuba.

Instead, conditions were getting worse.

"The pressure cooker is boiling, it's ready to burst," said Izquierdo.

Both sought to leave legally, but were told it could take five years before their cases would be determined by U.S. consular officials.

Thinking of their spouses and children is what kept them alive, said Izquierdo and Perez.