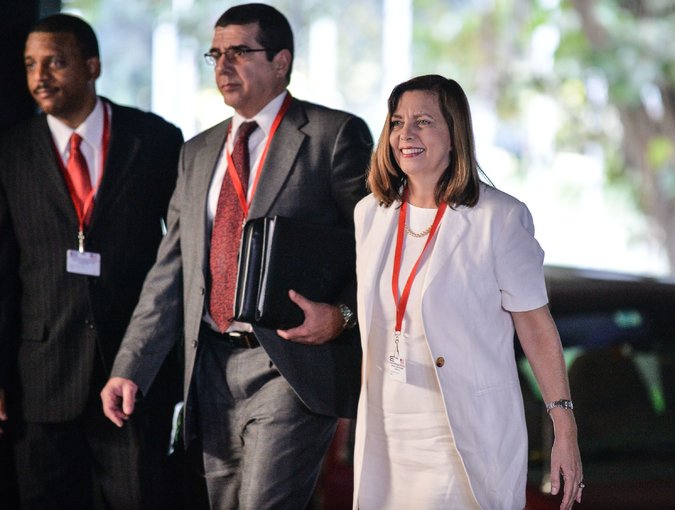 A couple of years after America’s attempted invasion of Cuba in 1961, the disastrous intervention known as the Bay of Pigs, an envoy President John F. Kennedy secretly dispatched to Havana posed an odd question to the Cuban leader, Fidel Castro.

“Do you know how porcupines make love?” James Donovan asked, to make a point about how hard it would be to establish a trustful relationship between Washington and Havana. “Very carefully.”

More than a half century later, as American and Cuban officials faced each other last week for historic talks to begin normalizing relations, it was evident that trust remains in short supply. But this first step in the present détente bodes well for a process that will require patience and deft managing of expectations in both countries.

Having been indoctrinated for decades to view the American government with suspicion and resentment, Cubans across the island were mesmerized by a week that was as remarkable for some of the things that happened as it was for those that did not.

A vivacious senior Cuban diplomat, Josefina Vidal, substantively answered questions about the thaw from international and Cuban journalists during a televised news conference, a rare sight in a country where official statements are typically oblique and issued in writing. Remarks to the press by Roberta Jacobson, the United States assistant secretary of state for Western Hemisphere affairs, were also televised and covered by Cuba’s state media without the usual condemnatory tone reserved for American policy.

The two women agreed to disagree on a lot, including what role Washington could play to promote greater freedoms in the authoritarian nation. But breaking with a tradition of charged rhetoric on both sides, Ms. Vidal and Ms. Jacobson treated each other civilly.

“Despite the profound differences between the two countries, the exchanges unfolded in a respectful and professional manner,” Ms. Vidal said.

Ms. Jacobson held a high-profile meeting with dissidents; the Cuban government did not stop it or publicly condemn it. She also visited the home of a prominent blogger, Yoani Sánchez, where she gave an interview to the independent news site Ms. Sánchez runs from her living room. “As journalists, we’re witnessing historic days, in which information is a winner,” Ms. Sánchez tweeted.

José Daniel Ferrer, a leading dissident, said he has reassessed his early concern that normalization of relations would embolden the Cuban government and hurt the cause of those who have been pressing for democratic reforms. “The road is going to be very long and hard,” said Mr. Ferrer, the head of the Patriotic Union of Cuba, who met with Ms. Jacobson and other senior diplomats during her visit. “But I think that if we are able to work smartly and give it our best, we can advance a lot under these new parameters.”

What was arguably most striking about the momentous week in Havana was that neither of the Castro brothers was seen or heard from. But this week, Fidel Castro broke his silence about the new era with the United States, making a brief mention of the talks at the end of a lengthy letter published Monday by the Communist Party newspaper, Granma.

“I don’t trust American policies,” Mr. Castro wrote, adding that he nonetheless supported negotiations about the countries’ differences through diplomacy. “We will always defend cooperation and friendship with all nations on earth, among them our political adversaries.”

President Raúl Castro, meanwhile, said in a speech on Wednesday that the road to normalization will be long, as he listed a lengthy set of grievances, including the American naval base in Guantánamo Bay and the sanctions against the island.

“We were able to advance in this recent negotiation because we treated each other with respect, as equals,” he said.

With plenty of people in both countries skeptical about the merits of a thaw, Cuban and American officials will need to be pragmatic and patient as they begin to untangle a toxic relationship laden with five decades of acrimony, resentment and mistrust. Given the enthusiasm and expectation the new era has sparked among ordinary Cubans and Americans alike, allowing the détente to collapse would be a loss for both sides.
_________________
"..non dovete esssere egoisti e pensare con la pinguita
dovete pensare il bene del populo cubano.."