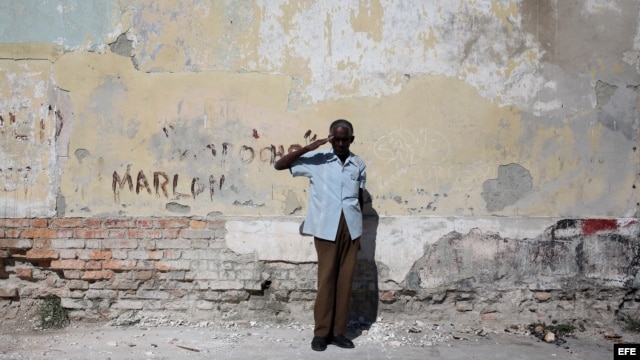 Inequality Becomes More Visible in Cuba as the Economy Shifts

These were things Mr. Echevarria, with only a few eggs, some plantains and a handful of rolls in his pantry, would not be having for dinner.

In his neighborhood, a shantytown called El Fanguito (roughly, “Little Swamp”) on the fringe of the Rio Almendares and the margins of society, few people have relatives sending money from abroad, food rations barely last the month, and homes made of corrugated tin, wood scraps and crumbling concrete fail to keep out floodwaters.

Nobody goes to paladares, much less has the money to start one.


“Never,” said Mr. Echevarria, whose livelihood depends on the catch of the day. “I guess I could not even afford the water.”

As Cuba opens the door wider to private enterprise, the gap between the haves and have-nots, and between whites and blacks, that the revolution sought to diminish is growing more evident.

That divide is expected to increase now that the United States is raising the amount of money that Americans can send to residents of the island to $8,000 a year from $2,000, as part of President Obama’s historic thaw with Cuba.

Remittances, estimated at $1 billion to nearly $3 billion a year, are already a big source of the capital behind the new small businesses. The cash infusion has been one of the top drivers of the Cuban economy in recent years, rivaling tourism revenue and mineral, pharmaceutical and sugar exports.

Raising the remittance cap, along with allowing more Americans to visit Cuba and other steps toward normal diplomatic relations, will help “support the Cuban people,” the Obama administration contends.

But some will enjoy that support more than others. Cuban economists say that whites are 2.5 times more likely than blacks to receive remittances, leaving many in crumbling neighborhoods like Little Swamp nearly invisible in the rise of commerce, especially the restaurants and bed-and-breakfasts that tourists tend to favor.

“Remittances have produced new forms of inequality, particularly racial inequality,” said Alejandro de la Fuente, director of the Afro-Latin American Research Institute at Harvard University. “Now the remittances are being used to fund or establish private companies, that is, not just to fund consumption, as in the past.”

The Cuban government argues that the shift to more private enterprise, a pillar of its strategy to bolster the flaccid economy, will allow it to focus its social programs on the neediest. As a billboard on a busy road in Havana proclaims, “The changes in Cuba are for more socialism.”


But many poorer Cubans are frustrated by what they see as the deteriorating welfare state and the advantage that Cubans with access to cash from outside the country have in the new economy.

“As Cuba is becoming more capitalist in the last 20 years, it has also become more unequal,” said Ted Henken, a professor at Baruch College who studies the Cuban economy. “These shantytowns are all over Latin America, and Cuba’s attempt with revolution to solve that inequality succeeded to a certain degree for a time. But as capitalism increases, you have some people more well positioned to take advantage and others who are not.”

At Starbien restaurant, one of the most popular in Havana, the owner, José Raúl Colomé, said it was not unusual for a majority of the clientele to be Cubans who live on the island, rather than tourists or expatriates.

“Some are artists who are doing well or entrepreneurs who have had luck,” Mr. Colomé said. “A lot are tourists, naturally, but we are getting more Cubans who might be called middle class.”

In poorer neighborhoods like Little Swamp, many describe feeling like foreigners in their own city, watching the emerging economy but lacking the means to participate in it.

They note the predominance of white Cubans in the new ventures but broach the subject carefully, noting the gains that the revolution brought to Afro-Cubans in education and health but also the hard economic times that darker-skinned Cubans continue to endure.

“I look in those new places and don’t see anybody like me,” said Marylyn Ramirez, who works at a tourist hotel in the Vedado neighborhood and passes new restaurants on the way to work.

Asked if she received financial help from relatives abroad, she smirked and swept her hand around her small living room, which floods repeatedly in heavy rains.

After the so-called special period of the 1990s, when the collapse of the Soviet Union plunged Cuba into an economic crisis, thousands of desperate people moved from the countryside to Havana without permission, hoping to find work.

Many still live as virtual refugees in their own country, in neighborhoods like Little Swamp, unable to register for government services like ration books because it is almost impossible to change addresses without prior authorization.

“Erosion of poverty has always been a concern, but they have not managed to eliminate these kinds of neighborhoods in the best years of the Cuban welfare state,” Mr. de la Fuente said, “and it is much less likely they can do it now.”

Many residents mention the free education and health care the government has provided but lament that both seemed better in years past, with shorter lines for care and better teachers. The few poor residents who do receive remittances are known to pay private tutors to ensure that their children advance to upper grades, several people in the neighborhood said.

One resident mentioned a government program that offered refrigerators to those without them, for a price of about $300. But the monthly payments, made with government salaries that are rarely more than $20 a month, can last for years, “longer than the refrigerator lasts,” he said.


Cuba’s two-tier currency puts residents at a further disadvantage. One currency, known as the convertible peso and used for tourism and foreign trade, is pegged to the dollar. But most Cubans are paid in the local peso, worth a fraction of the other. Many consumer goods and other amenities from abroad are paid for in convertible pesos, keeping such comforts out of reach for many.

A government program to build housing has not kept up with demand, and residents often refuse to leave their homes when floodwaters threaten because they fear that squatters will take over or the authorities will not let them return. Jerry-built electrical wiring sprawls along walls and rooftops, a clear fire hazard.
_________________
"..non dovete esssere egoisti e pensare con la pinguita
dovete pensare il bene del populo cubano.."